I wrote about the first 6 chapters of Luke awhile ago. The last few weeks have been a whirlwind of events and catching up. I attended my brother’s reception out of town ( my husband stayed home with our children and did fantastic!), I came back and had volunteered to teach in a VBS so my kids could attend ( we went in the mornings and Adam had his therapy sessions in the afternoons so we were rushing from one place to another), the “check engine oil ” came on in my car (  turns out it was a computer glitch), I fell sick after VBS and Christina caught it from me. I’ve yet to unpack my suitcase, instead I’ve been catching up on laundry ( washing them, but not putting them away so today there were about 10 loads that needed to get sorted , folded and stored!!), feeding the kids in between Adam’s sessions ( we are up to 30 hours per week), helping Christina with worksheets to keep her busy, colouring with her and basically keeping her off electronics while Adam is engaged. I’ve not been on social media in weeks ( it’s not a bad thing :-)) and even less so on my blog ( that’s not what I wanted to do though 😦 ).

What I have done though is worshipping My Saviour, My LORD and My God first thing in the morning. I’ve introduced Christian songs to my kids ( Christina’s favourite is “fruit of the Spirit”, Adam loves “where the spirit of the Lord is, there is freedom”). I’ve spent sweet time with my husband and enjoyed it. I’ve rested. I’ve not let myself feel (too much ) guilt. I’m in the process of re-writing the words that I speak to myself , words of grace and Truth instead of lies. I’ve cooked. I’ve taken the kids to the pool (they can’t get enough of the water ). I’ve played and coloured and crafted and cleaned and have been present (tried to) more than previous summers.

I still love writing, and especially these summaries on each chapter of the Bible, makes me read and re- read , and I’m intrigued when I find connections and details that I’ve missed before. I will devote as much time as I can to my blog, but when I can’t, I will allow Scripture to fill me up. Happy Summer and I hope you get to enjoy time with your family.

Continuing with the gospel of Luke,

In chapter 7 : Jesus enters Capernaum, a centurion (Roman senior officer)’s servant was ill. Some Jews came to Jesus and pleaded with Him to heal the servant for the man’s sake because he was a good man. Close to the house, some friends of the centurion come to Jesus and tell Him that the centurion doesn’t feel worthy about Jesus entering his house , but to say the Word and the servant will be healed. Jesus is amazed at his faith and does what he asks. Jesus goes to Nain and raises the dead (only) son of a widow and gives him back to her. 16 They were all filled with awe and praised God. ‘A great prophet has appeared among us,’ they said. ‘God has come to help his people.’ 17 This news about Jesus spread throughout Judea and the surrounding country. John (the Baptist ) sends 2 disciples to Jesus to find out if He is the Messiah. Jesus replies with His miracles and says “Blessed is the one who doesn’t stumble because of Him”. After they leave, Jesus addresses the crowd and calls John a prophet and His messenger. He says on earth, there is no greater than John, but John will be the least of those who are in the Kingdom of God. Jesus compares that generation ( and ours) to willful children who are never satisfied ( they complained about John’s methods and about Jesus’ too). Simon the Pharisee invites Jesus to a meal where He is anointed by a sinful woman. She wet Jesus’ feet with tears, wiped them with her hair and poured perfume on them. Jesus talks about forgiveness and forgives the woman ( for the love she had shown).

In chapter 8: Jesus travels from town to town with His disciples and is supported by women out of their own means{1}. Jesus tells them the parable of the sower and the seed. {2}. Jesus talks about (us) listening carefully. Whoever has, will be given more, whoever doesn’t have, even what he has will be taken from him. Jesus says His (mother and brothers) family are those who hear God’s Word and put it into practice. Jesus crosses the lake with His disciples. A storm comes up while Jesus is sleeping. He wakes up and rebukes the storm and His disciples are fearful and amazed. Jesus goes to Gerasenes, heals a demon (many demons calling themselves Legion) possessed man. He sends the demons into a herd of a pigs who rush down the bank of the lake and are drowned. The people of the town come and see the (formerly) demon possessed man sitting at Jesus’ feet, clothed and in his right mind and beg Jesus to leave. He does. The man wishes to come with Jesus. Jesus tells him to go back home instead, the man goes back to town and tells all that happened. Jesus heals a women of bleeding ( she had it for 12 years and she touched His cloak and power went out from Him) and raises Jairus’ daughter from death. Her parents’ are astonished but Jesus tells them not to tell anyone.

In chapter 9: Jesus sends out the 12 with authority to drive out demons and to cure diseases and to proclaim the Kingdom of God. {3} Herod is disturbed by Jesus’ doings and wants to see Him. Jesus feeds 5000 men (women and children were not included in the count) with 5 loaves and 2 fish and the disciples pick up 12 basketfuls of broken bread. Peter declares that Jesus is the Messiah when asked. Jesus warns them not to tell others. Jesus predicts His death. He says The Son of Man must be rejected and killed according to prophesy and He will rise again on the 3rd day. 8 days after this, Jesus takes Peter, James and John and goes up on a mountain a pray. He is transfigured before them. {4} They hear a voice from Heaven say, “This is my Son whom I’ve chosen, listen to Him”. Jesus heals a demon possessed child whom the disciples couldn’t heal. And the people were all amazed at the greatness of God. Jesus predicts His death a second time. Jesus tells them the least among them is the greatest. Jesus tells the disciples whoever is not against them is with them and not to hinder them from performing miracles. Jesus heads to Jerusalem and is not offered hospitality in a Samarian town. James and John want to call down fire on the town but are rebuked by Jesus. Jesus tells people that once they decide to follow Him, they must do so completely without turning back.

In chapter 10: Jesus sends out 72 disciples in pairs to the towns He was going to, to preach the good news. Jesus denounces Chorazin, Bethsaida and Capernaum for not accepting Him. Jesus says whoever listens to (us) listens to Him, and whoever rejects (us) rejects Him and whoever rejects Him rejects the one who sent Him.  The 72 return rejoicing because the demons submitted to them. Jesus tells them to rejoice because their names are written in Heaven. Jesus then full of joy through the Holy Spirit praises the Father.  Jesus tells His disciples they are blessed because of what they’ve been privileged to see ( and experience). Jesus tells the people a parable about being a good neighbour ( the good Samaritan {5}). Jesus talks to people in the home of 2 sisters ( Mary and Martha. They had a brother Lazarus). Martha is busy with the preparations while Mary listens to Jesus. Martha resentfully asks The LORD to make Mary help. Jesus replies that Mary has chosen the best thing and it will not be taken away from her.

{1} I love the fact that women who followed/ served Jesus are given names and hence identities. Here Mary Magdalene out of whom Jesus drove out 7 demons, Joanna the wife of Chuza, the manager of Herod’s household and Susanna are mentioned}.

{2} There are 4 different kings of “soil” which is the heart of man, the “seed” is the Word of God and there are 4 “results” which is what men do with the Word of God. (a)Either the devil snatches it away and they don’t miss it ( bird taking away the seed). (b) or they receive it with joy and live for the Lord for awhile but since they don’t have any roots, in times of testing they fall away ( seed on rocky soil which withered in the sun). (c) or they grow in the Lord but life’s worries, riches and treasure chokes them and they don’t mature ( seed falling among thorns). (d) and the last, they accept God’s Word with joy , it takes root in them and they  persevere and produce a fruitful harvest ( soil producing 30, 60 and 100 fold what was sown ).}

{3} This time when the disciples are sent out, Jesus tells them not to take anything extra with them. No bag, no money, no bread, no extra shirt. This time the disciples are well received by the people and they return joyous that even the demons tremble. The next time Jesus sends them out, He tells them to take extras with them and be wary since the people will try to kill or hurt them.}

{4} Jesus’ appearance changed before them, His clothes became as bright as a flash of lightning and 2 men, Moses and Elijah appeared with Him. They represent the whole of the prophets and the law, and both of them “met God” on a mountain themselves. They came to speak about His departure ( His Exodus) which Jesus would bring to fulfillment in Jerusalem. The disciples were sleepy and Peter, confused, wanted to build shelters for all three of them .}

{5} The parable of the good Samaritan- A man is beaten, stripped, robbed and left for dead by bandits. A priest comes that way and crosses over without helping. Next a Levite comes along and leaves the man. Last a Samaritan comes that way, bandages and disinfects the man’s wounds, puts him on his own donkey, takes him to an inn and pays the inn-keeper to care for the man. The priest is representation of the class of people who serve God and were supposed to serve the people. The Levites were the broader class of people who were set apart for the upkeep of the Temple and to serve before Him. The Samaritans were hated by the Jews for their corrupted religious beliefs. }

This is already 1800 words long! I was going to summarize 6 chapters in each post, but I’m going to end this one :-). See you next time, and I pray your eyes will be opened to the joy found in the scriptures. 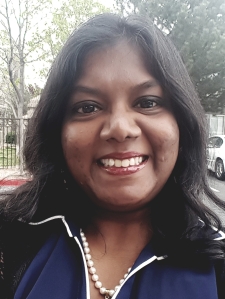 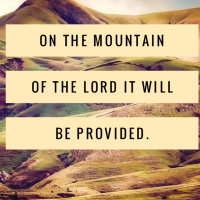 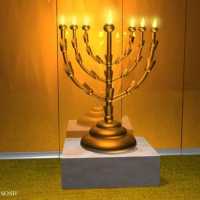 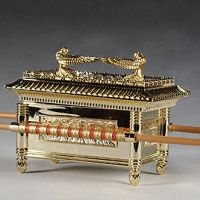 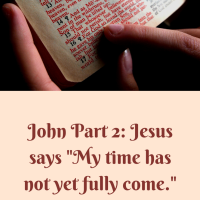 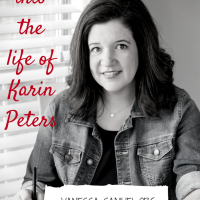